We no longer support Internet Explorer

Civics or civic education is the study of the theoretical, political, and practical aspects of citizenship, as well as its rights and duties. It includes the study of civil law and civil code, and the study of government with attention to the role of world citizens as opposed to external factors in the operation of government.

WELCOME TO CIVICS 101 FOR ALL WORLD CIVILIANS

Message from the Temple Secretary

Civic virtue is the cultivation of habits important for the success of the community. Closely linked to the concept of citizenship, civic virtue is often conceived as the dedication of citizens to the common welfare of their community even at the cost of their individual interests. The identification of the character traits that constitute civic virtue has been a major concern of political philosophy. The term civility refers to behavior between persons and groups that conforms to a social  (that is, in accordance with the civil society), as itself is a foundational principle of society and law. Civic virtues have historically been taught as a matter of chief concern in nations under our original noocratic forms of government, and societies with holistic cities. When final decisions on public matters are made by a monarch, it is the monarch's virtues that influence those decisions. When a broader class of people become decision-makers, it is then their virtues that characterize the types of decisions made. This form of decision-making is considered superior in determining what best protects the interests of the majority. Aristocratic oligarchies may also develop traditions of public lists of virtues they believe appropriate in the governing class, but these virtues differ significantly from those who are generally identified under the category of civic virtue, stressing martial courage over commercial honesty. Constitutions became important in defining the public virtue of republics and constitutional monarchies. The earliest forms of constitutional development can be seen in late medieval Germany (see Communalism before 1800) and in the Dutch and English revolts of the 16th and 17th centuries. Civil  also referred to as a civic religion, is the implicit religious values of a nation, as expressed through public rituals, symbols (such as the national flag), and ceremonies on sacred days and at sacred places (such as monuments, battlefields, or national cemeteries). It is distinct from churches, although church officials and ceremonies are sometimes incorporated into the practice of civil religion. Civic engagement or civic participation is any individual or group activity addressing issues of public concern.

Civic Engagement “is a process in which people take collective action to address issues of public concern” and is absolutely “instrumental to democracy” (Checkoway & Aldana, 2012). Underrepresentation of groups in the government causes issues faced by groups such as minority, low-income, and younger groups to be overlooked or ignored. In turn, issues for higher voting groups are addressed more frequently causing more bills to be passed to fix these problems (Griffin & Newman, 2008). Civic nationhood is a political identity built around shared citizenship within the state. Thus, a "civic nation" isn't defined by its language or culture, but by its political institutions and liberal principles, which its citizens pledge to uphold. Membership in the civic nation is open to anyone who shares these values. In theory, a civic nation or state does not aim to promote one culture over another. World government was an aspiration of ancient rulers as early as the Bronze Age (3300 BCE to 1200); Egyptian kings aimed to rule "All That the Sun Encircles", Mesopotamian kings "All from the Sunrise to the Sunset", and ancient Chinese and Japanese emperors "All under Heaven". The Chinese had a particularly well-developed notion of world government in the form of Great Unity, or Da Yitong (大同), a Utopian vision for a united and just society bound by moral virtue and principles of good governance. The Han dynasty, which successfully united much of China for over four centuries, evidently aspired to this vision by erecting an Altar of the Great Unity in 113 BC. 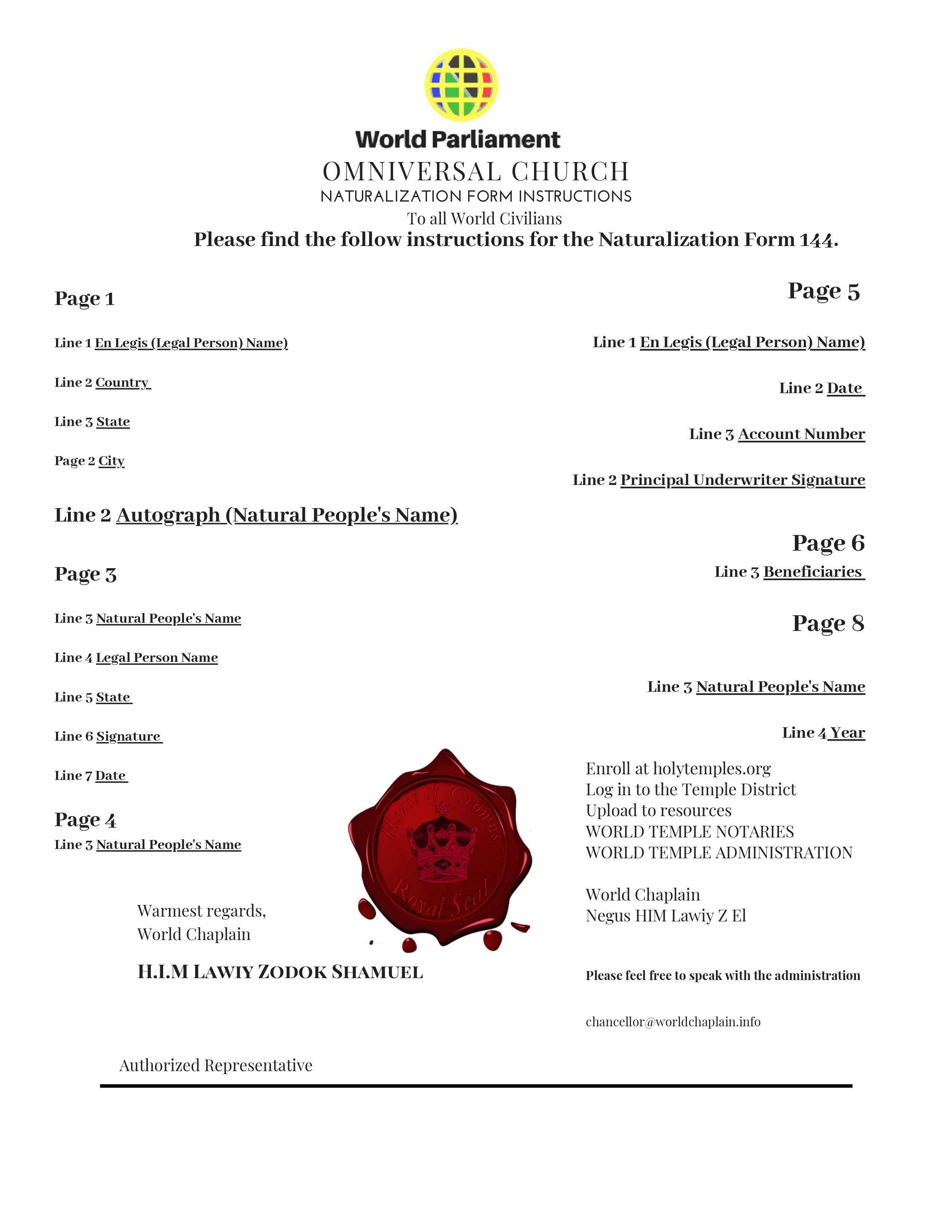 Friday is the Holy Day “O ye who know! When the call is proclaimed to supplication on Friday the day of Assembly, hasten earnestly to the remembrance of the Heavenly Father and Divine Mother, and leave off business and traffic: That is best for you if ye but knew! And when prayer is finished, then may ye disperse through the land, and seek the bounty of God: and celebrate the praises of God of ten and without stint: that ye may prosper.”

“All Chaplaincy meetings & Temple Service are to be opened and closed promptly according to the Circle Seven and Love, Truth, Peace, Freedom, and Justice. Friday is our Holy Day of rest because on a Friday the first man was formed in flesh, and on a Friday the first man departed out of flesh and ascended unto his Father God Allah. For that cause, Friday is our Holy Day for all Moslems all over the world.” According to Act 2. Of the Divine Constitution and By-laws by the Noble Prophet, Drew Ali states in conjunction with the above-cited law stating all Temples and Subordinate Temples are to conduct Holy Day service every Friday starting promptly at their respective time and ending promptly at their respective time. All civilians, patrons, denizens, prospects, and ministers are expected to attend the Temple for the Friday “Holy Day Meeting”. On Friday’s the Moorish American, Moorish Asian, and Moorish African Moslems and Peacemakers all come together to supplicate and to illustrate that which Allah has blessed them with. The meetings and temple services are open according to divine Love, Truth, Peace, Freedom, and Justice. At no time will Templist, adepts, ministers, patrons, or outside congregational guests be allowed to disrupt the Holy Day Service, nor will civilians be admitted under the influence of alcohol or any serve intoxicants. All civilians attending the Holy Day Service must have their heads covered with either a Turban, Fez, or Kufi or spiritual covering. Baseball caps should not be worn in the Temple. The Sunday school Meeting is mandatory and “All Moorish Nationals and Temple Denizens must promptly attend their meetings and send their children to Sunday School and the teacher must conform himself and herself to the Temple's 101's questionnaire, and let every civilian man, woman, and child, exercise his or her five senses who is able to do so because out from your Sunday School comes the guiders of the nation and now the entire global village.”

According to Act 5. Of the Additional laws by the Noble Prophet Drew Ali, every Subordinate Temple should have two Sunday School Meetings held. The first meeting should be held 1 to 2 hours before the Adult Service. Children’s Sunday school should be conducted by the Director of the Children’s Sunday School and programs. The Sunday school meeting is designed to assist the members in learning the Temple 101 questionnaires and developing an understanding of just what these holy keys mean, and how they are to be applied to our everyday lives. The Divine Constitution and By-laws along with the Moorish Prayer and the Holy Covenant of the Asiatic Nation, El's Holy Injiyl, El's Holy Quraan, and the Civics Lessons of the Holy Temple of Moorish Science are also subjects of major concern for the student who is trying to complete his or her mandatory requirements for pronouncing their Temple Civlianship and Global Nationality. All lessons for the Adult Sunday School Classes must be prepared by the Grand Sheik as the Divine Minister or the Assistant Grand Sheik. Lessons called by us Novites "additions" may be submitted to the students for completion and returned to the Temple. Once the Lessons are completed and graded, they must be placed in the active member's Temple District file. The Sunday School Temple Service & Meeting is a wonderful opportunity to study the liturgy teachings of the Prophet. No civilian is to become disruptive during the Sunday meeting. All Templist must bring paper and pen to the temple service and meeting along with the basic Temple Literature and assignments. No Templist is to eat food or other snacks during the temple service or meeting, but water is permitted. All Templist must attend their Sunday Temple Service and Meetings as diligently as they attend their Holy Day Temple Service & Meetings; both were called out for by the Noble Prophet Drew Ali and is required as a matter of law. According to the Divine Constitution Act 7 in part, All Templist must promptly attend their temple services and meetings and become a part and partial of all uplifting acts of the Moorish Science Temple of America and now also Moorish Science Temple of Africa, and Moorish Science Temple of Asia and enjoining World Islands on behalf all indigenous peoples.

For Membership, all “Heads of Temple of any Temple Jurisdictions are not to charge for naturalization or to overcharge for cards, buttons, or anything issued by and through the Prophet. Those who contribute to any of the proceedings are not Moors, but robbers. Temple Nationality and membership in the Holy Temple's Vast Estate (Public Beneficiary Trust) Sisters and Brothers, Kin, and Kinfolk, is free, not only here but all over the world. All Kin, and Kinfolk, desiring to become a civilian of a Subordinate Temple must read the message from the Temple Secretary and download the application for Naturalization found here on Holytemples.org.

The new temple court civilian upon completion of the Royal Council’s consultation at the Newcomers Gathering, the new Templist will proclaim their temple nationality at the next upcoming Holy Day Meeting. After the new civilian prospect proclaims his or her nationality, they will be given the mandatory requirements necessary to earn their free national name and royal title of nobility as a True American Royal. These requirements are as follows and in accordance with Chapter 47 of the Moorish Circle Seven Holy Koran; Egypt The Capital Dominion Empire of Africa, The Moorish Prayer, Chapter 25 of The Moorish Koran; the Holy Covenant of the Asiatic Nation, The 101 Koran Questions for Moorish Americans, Asians, and Africans, The Divine Constitution, and By-laws, and the Additional Laws from El's Holy Torah, El's Holy Injiyl, El's Holy Quraan, the Holy Tabernacle Family Guide and also the Holy Tablets through our Civics 101 Course in the Global Interdependent School District and Sacred Halls of Learning called Nu University for every one of the Global Village. Once a new civilian or Templist has learned these lessons verbatim, he or she will be interviewed by the Royal Council as the Chaplaincy to determine if the new civilian is qualified to represent himself or herself as a faithful Moorish American, Moorish African, and Moorish Asian Moslem or any Indigenous Peacemaker. And communicate it to the ignorant for their instructions and communicate it to the wise for thine own improvement. Once the new civilian or Templist has cleared the mandatory requirements with the Royal Council, he or she will be naturalized by the Grand Sheik and Divine Minister of said the Subordinate Temple.

Exceptions to the Mandatory Requirements Law

The Religious Corporation Act has deemed the Global Interdependent School District and the Incorporated and Chartered Moorish Science Temple of America, Africa, and Asia as a Religious Trust and Theocratic Government established in 1928 August 20th. This Religious Trust is the true Global Trusteeship System for the Holy Family of Nations forming the Global Noocracy.

Temple Civilians requisites are as follows:

This is an open forum to all ordained ministers' Q&A

Lessons and their sections must be completed in order.

Here is the class outline: